Information for Travelers - What you need to know before travelling with an airline.

Since the 1930's North Bay's strategic location has served as an aviation centre of excellence for National Defence and commercial aviation. What began as a training facility with a gravel runway has grown to become YYB North Bay Jack Garland Airport, with a 10,000 foot runway, modern passenger services, state-of-the-art terminal building, and a thriving aerospace hub providing competitive development opportunities.

North Bay is positioned to take advantage of a number of aerospace opportunities including:

YYB from above, North Bay Jack Garland Airport latest aerial video, highlighting all it has to offer. 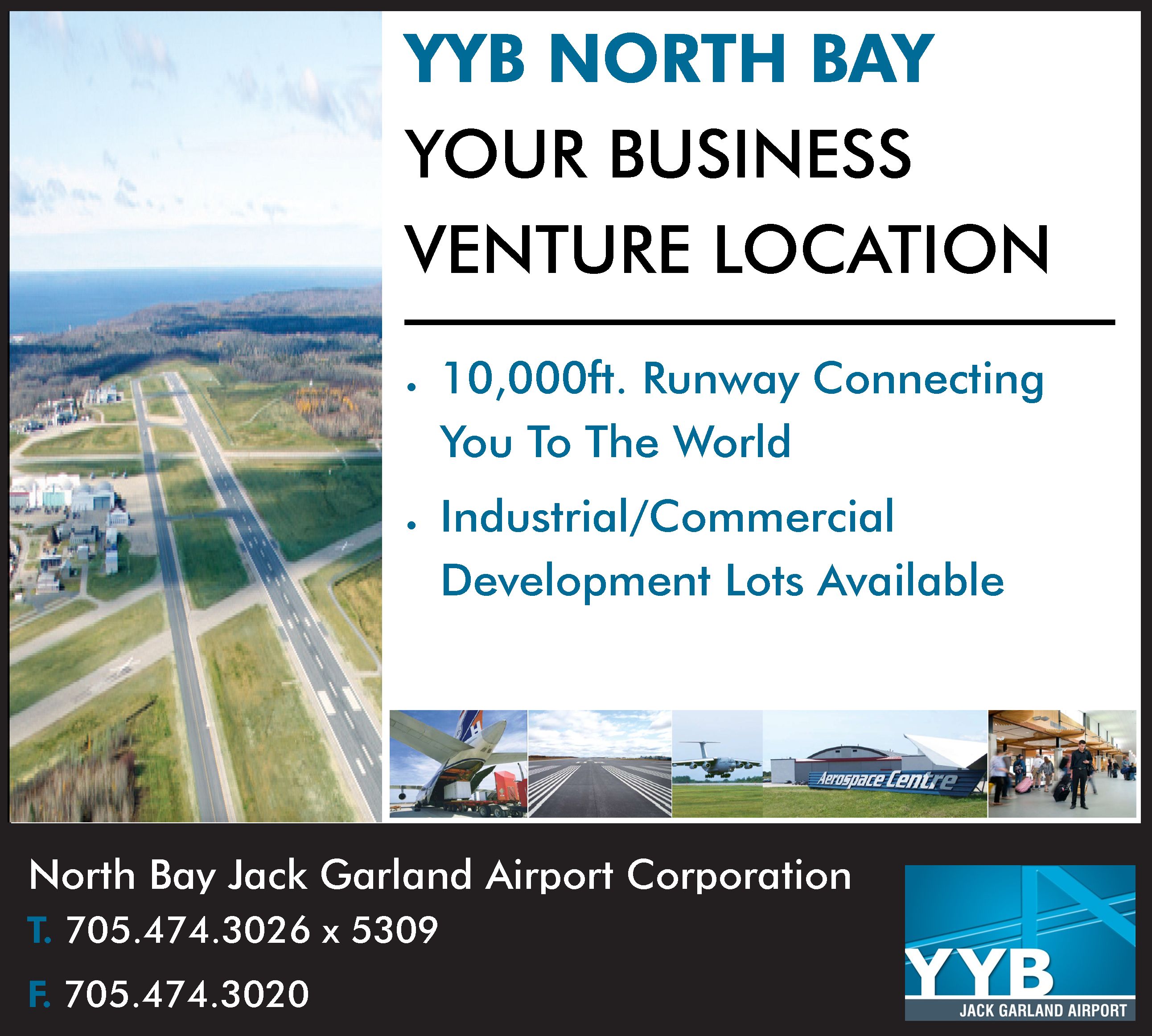 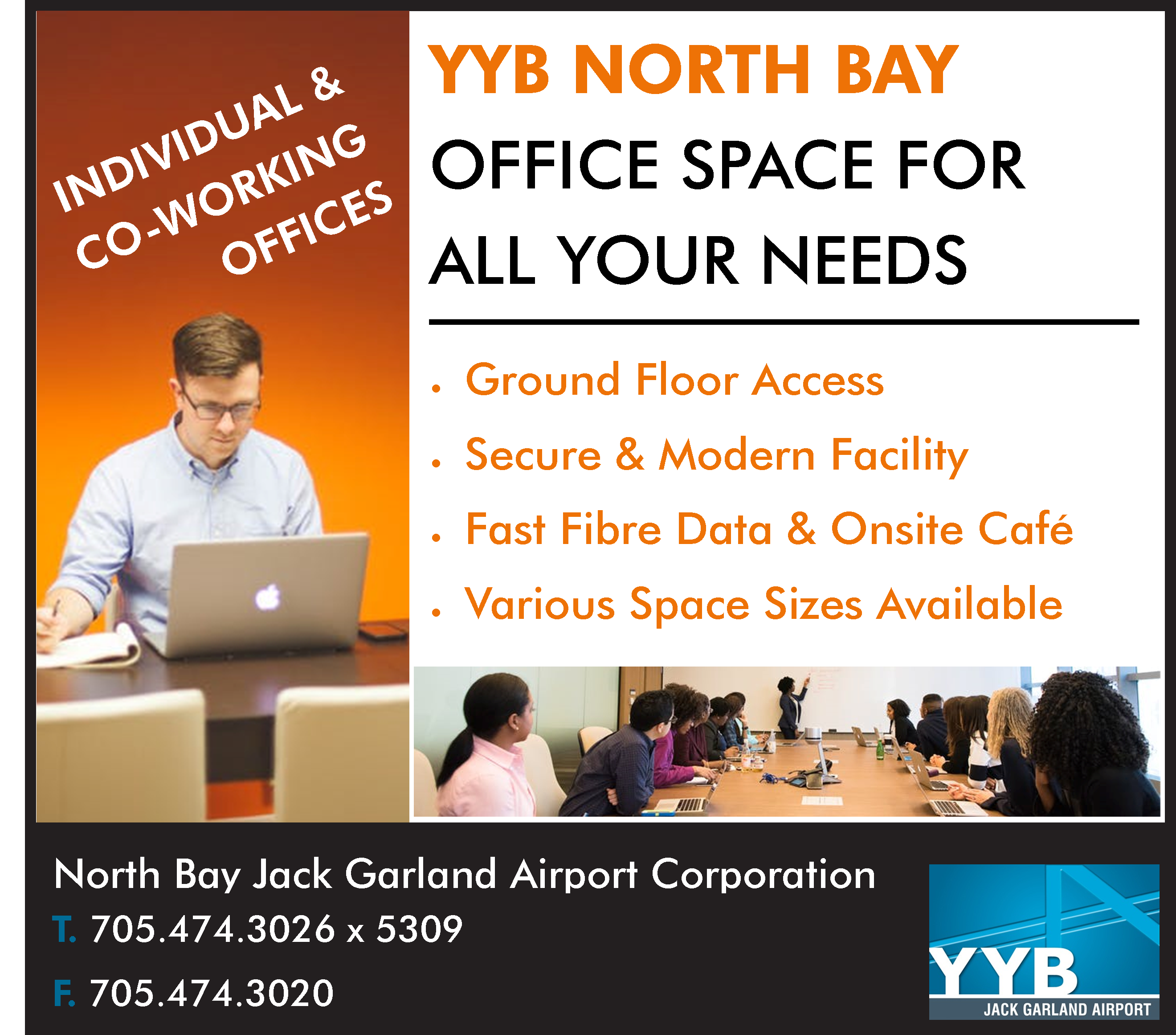 Municipally-owned YYB North Bay Jack Garland Airport is the largest airport north of Toronto. Regularly scheduled service is offered by a variety of carriers with frequent flights from North Bay to Toronto, Sudbury and other Northern Ontario centres.